These gatherings bring together a select group of business leaders, investors, donors, foundation professionals and activists that deeply care about Jewish peoplehood, international networking and the relationship between Israel, Asia and the Jewish world. The gatherings stimulate awareness and inter-generational dialogue about the developing relationship between Israel and Asia. As Israel increasingly looks toward Asia, the Jewish world can provide great support by stimulating developments in diplomacy, business and philanthropy.

Together ideas and accomplishments are shared and the role that Asia is increasingly playing in the global Jewish conversation and its relationship with Israel is carefully considered. The gatherings create a platform for mutual learning and enrichment, exposing participants to new areas of investment and interest, and for potential future collaborative endeavours for the benefit of global Jewish peoplehood and the state of Israel.

To learn more about each of these unique gatherings, please click below. 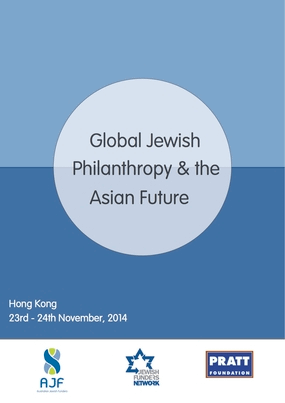